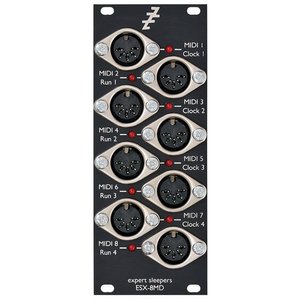 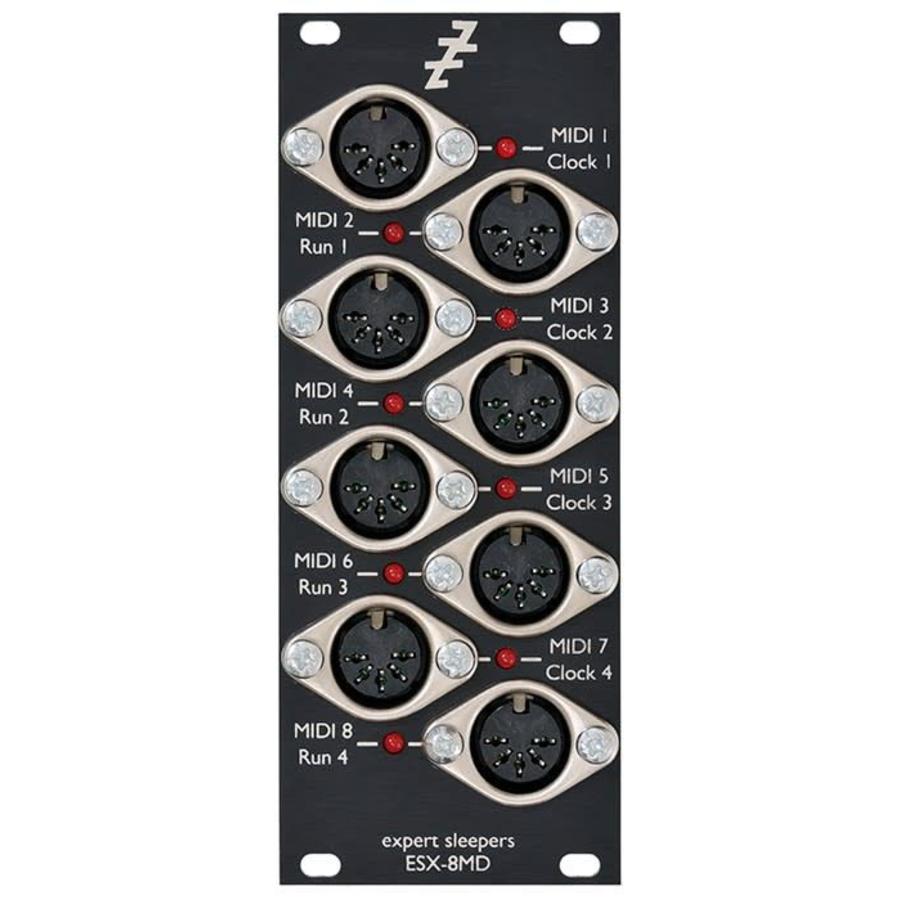 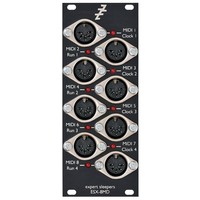 The ESX-8MD is an expansion module for the ES-4, ES-40 or ES-5, adding eight MIDI/DINsync outputs from one expansion header.

Functionally the mk2 is equivalent to the mk1. However, MIDI output is now guaranteed at all samples rates, for all receiving devices. (The mk1 was incompatible with some devices when running at 44.1kHz.).