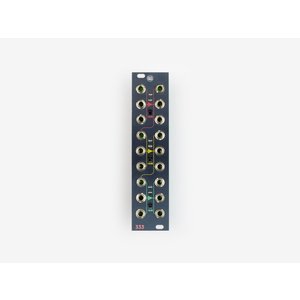 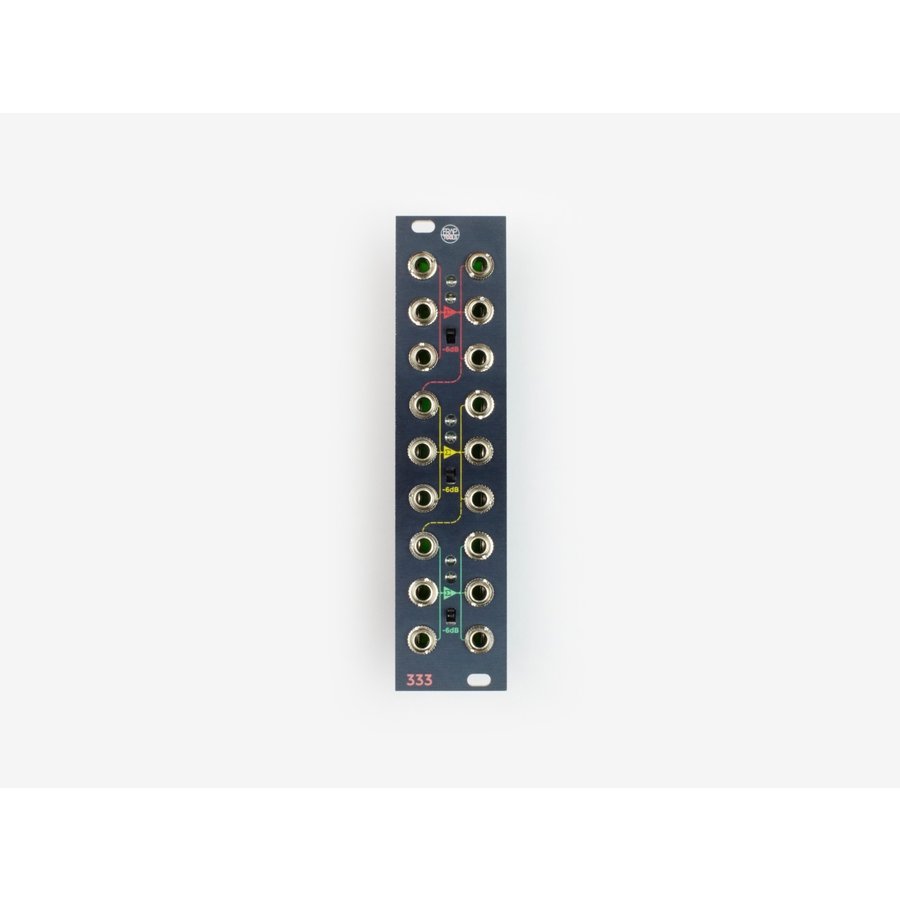 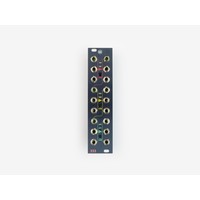 It is composed of three identical sections, the red, yellow and green, each of those featuring a three inputs summing amplifier with three independently buffered outputs.

Derived directly from the CGM creative mixer series, the sum section is DC coupled, allowing the sum of control voltages as well as audio signals.

With an extremely low tolerance in both sum and output sections, it is suitable also for summing quantized voltages like the ones coming out from the quantized outputs of the SAPEL.

In case CVs or audio signals are particularly hot, the 6dB attenuator might be helpful to reduce exactly by 50% the incoming signals.

Red and yellow output are also normalled to the 1st jack socket of the yellow and green input: in this way this module can also work as a 1 to 9 buffered multiple.