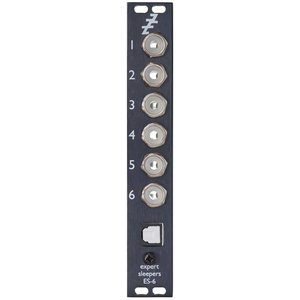 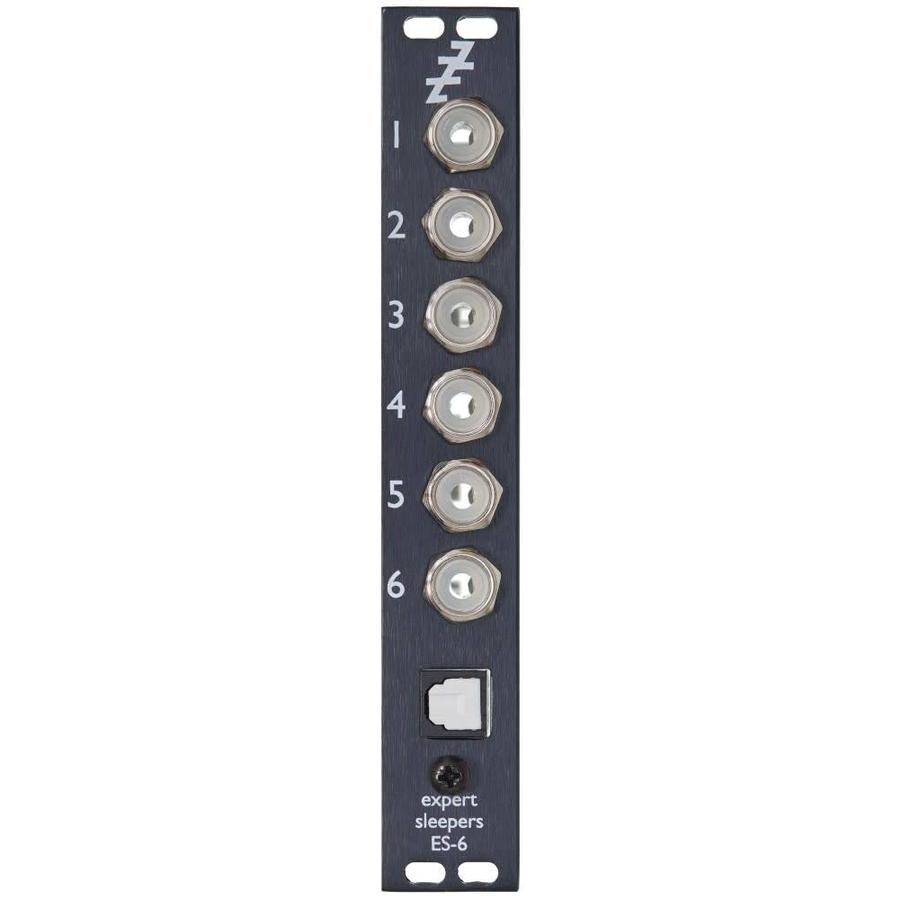 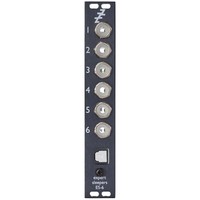 The ES-6 is the counterpart to the ES-3 Lightpipe/CV Interface, offering up to 8 channels of CV input with output via an optical lightpipe connection. As with the ES-3, the ES-6 also works well for audio signals, with conversion quality on a par with a regular audio interface.

The ES-6 itself has 6 input sockets; the remaining 2 channels are provided by an expansion module e.g. the ES-7.

Please note that a connected ES-3 or ES-8 is required for operation. The ES-6 gets its clock signals from the ES-3 (which derives them from its lightpipe input) or ES-8 (which has an internal clock).

Functionally equivalent to the original ES-6, the mk2 adds these improvements: