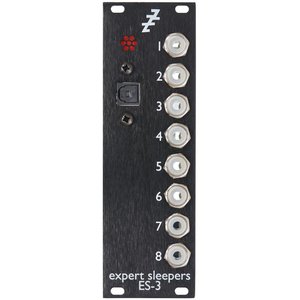 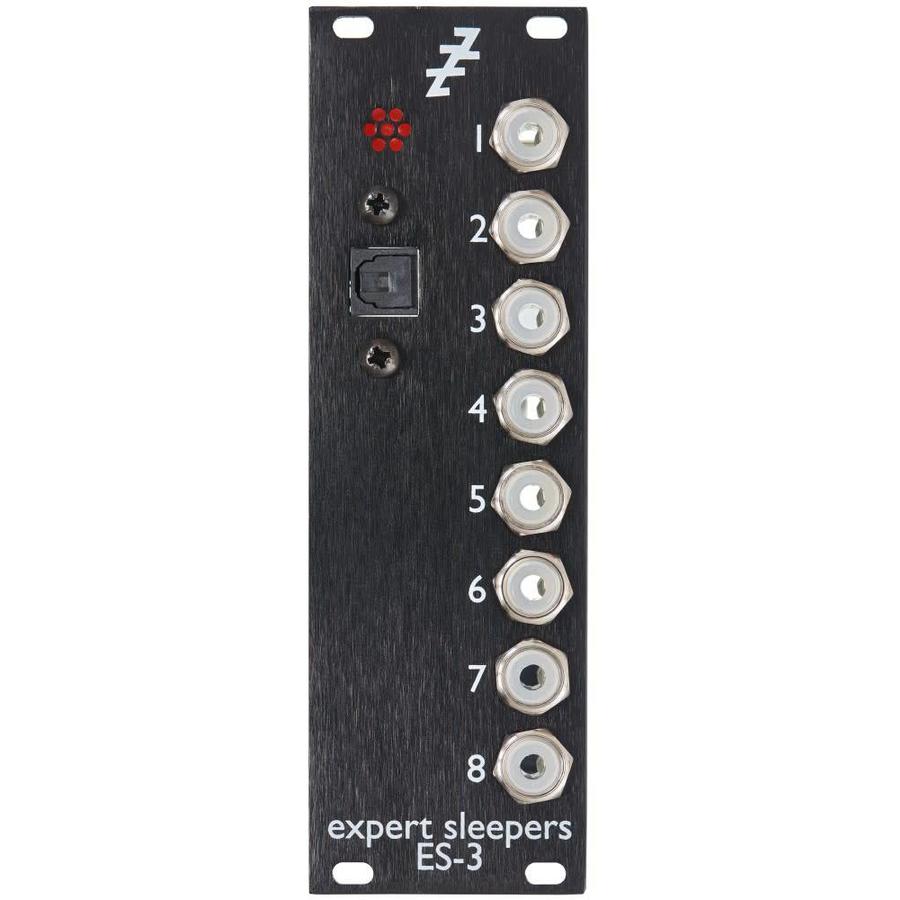 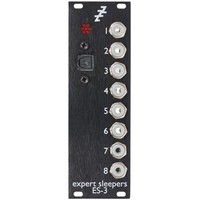 The ES-3 is a Eurorack format module which converts eight channels of ADAT Lightpipe input to DC coupled outputs on 3.5mm jacks, for the ultimate convenience in connection of a DAW directly to analogue synthesizers.

The front panel is drilled for both Doepfer and Analogue Systems mounting holes (using a 'slot' rather than a single round hole).

The power connector is a Doepfer standard 16 way IDC, with -12V furthest from the top of the board.

Functionally equivalent to the ES-3 mk3, the mk4 adds these improvements: