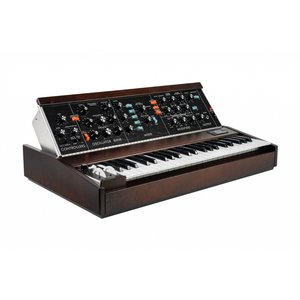 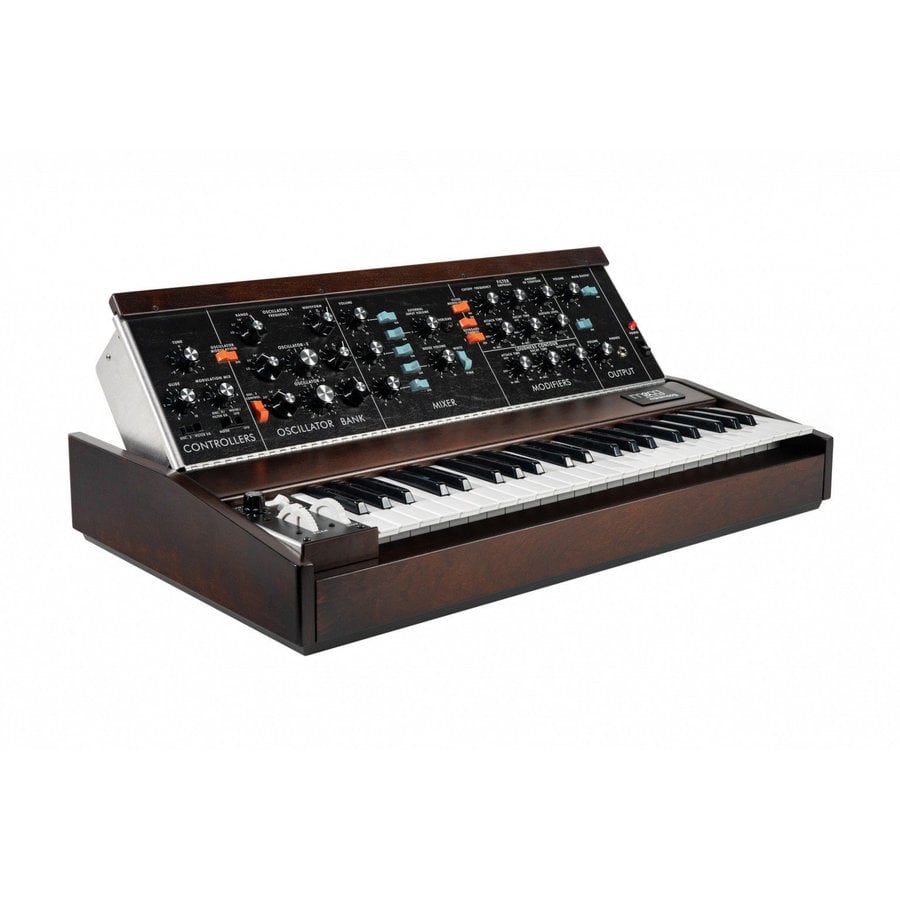 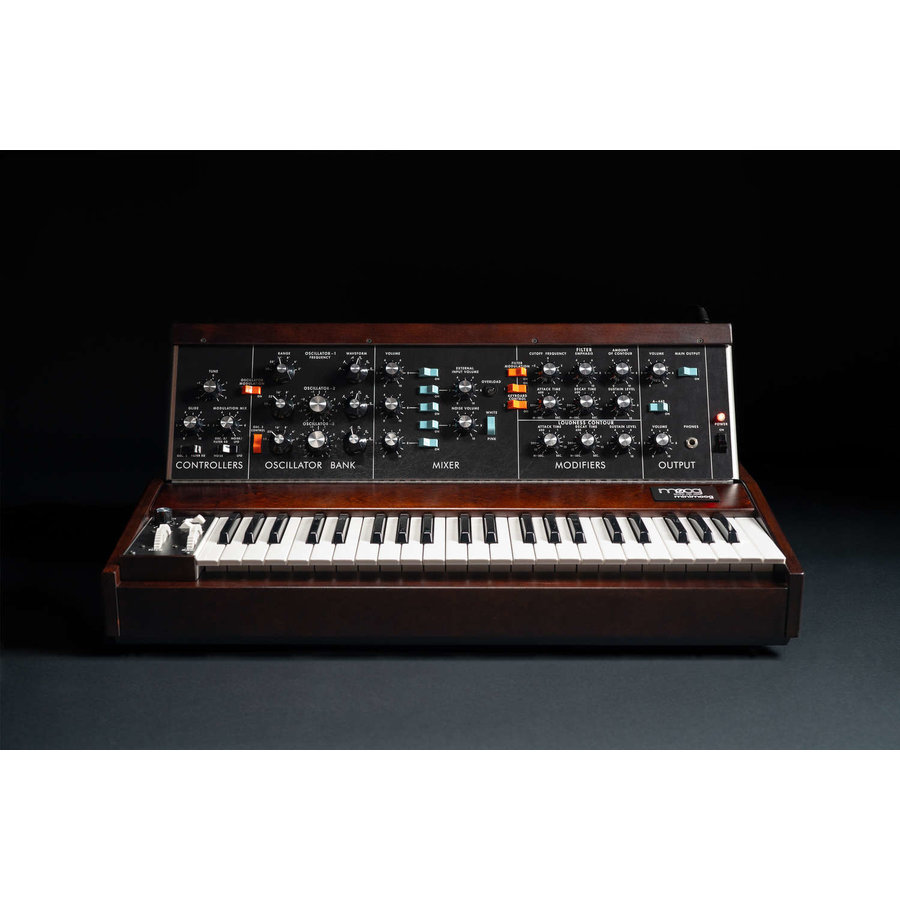 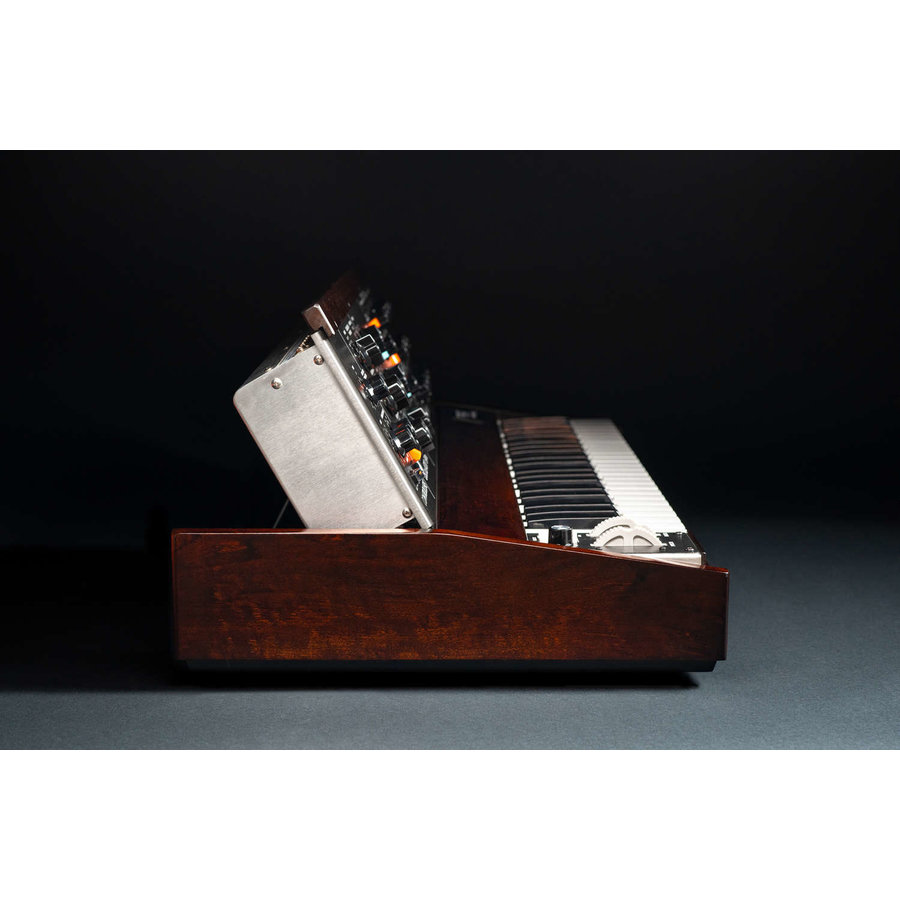 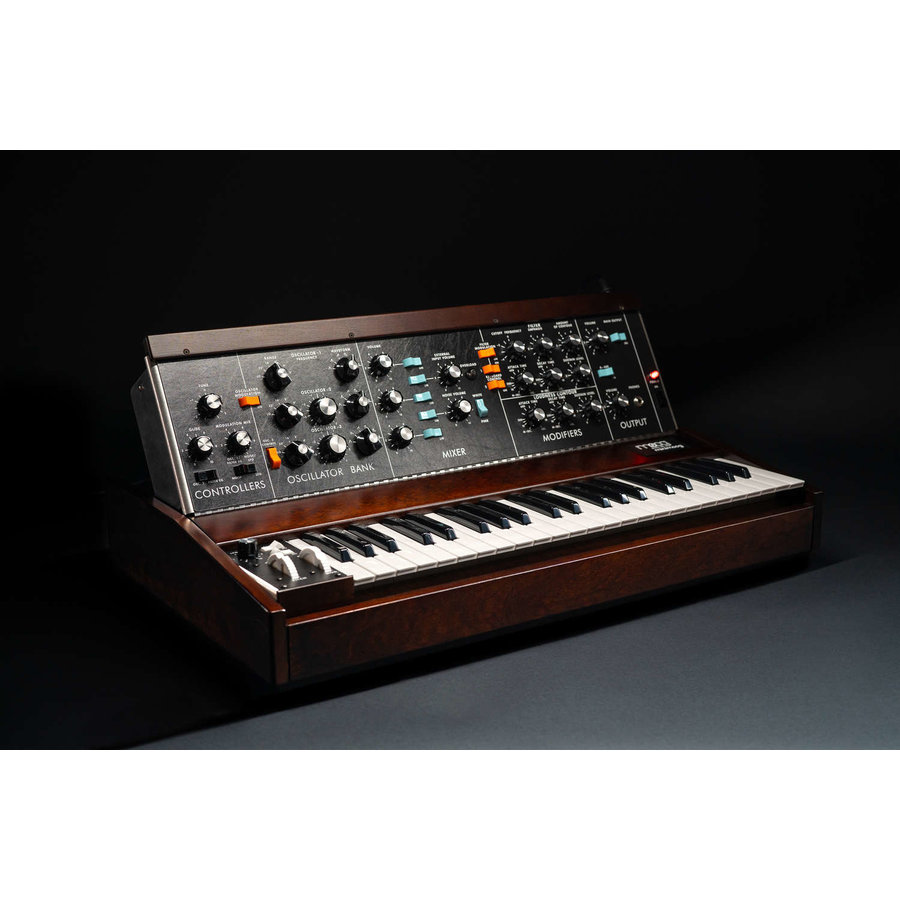 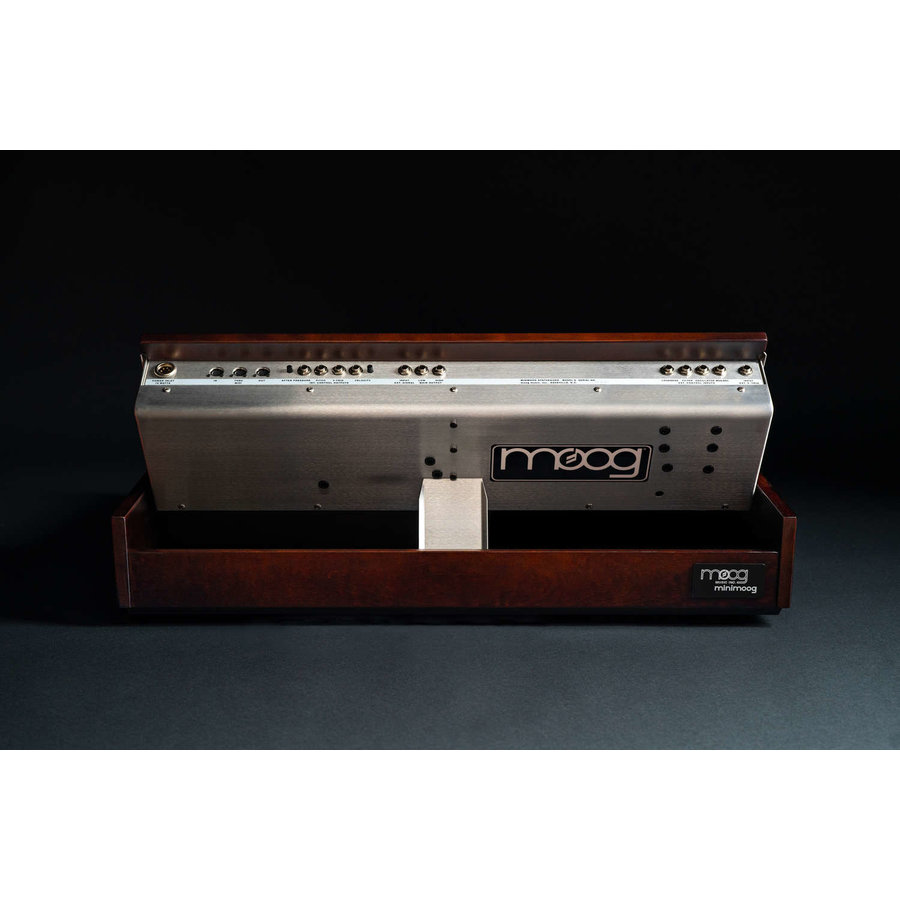 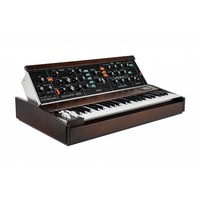 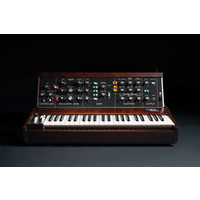 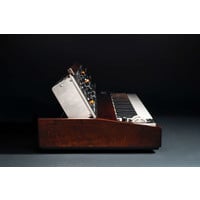 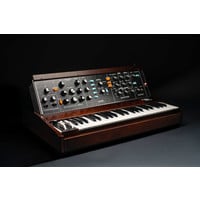 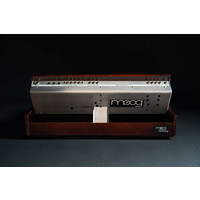 Originally released in 1970, Minimoog Model D was the world’s first portable synthesizer and served as the archetype for all electronic keyboards that followed. The all-analog instrument gained acclaim for combining the colossal sound of the 1960s Moog modular synthesizers with the accessibility of pre-wired modules—meaning that it could be played instantly and intuitively with no patch cables required. It was quickly embraced by a diverse roster of performers, with artists like Herbie Hancock, Kraftwerk, Rick Wakeman, Sun Ra, Piero Umiliani, Giorgio Moroder, Bernie Worrell, and Gary Numan all shaping unique sounds and forging new musical genres using the instrument.

More than a half-century since its invention, Minimoog Model D is back in production at the Moog factory in Asheville, North Carolina. An exceptional sonic tool and one of the most beloved and iconic synthesizers ever designed, it returns to the hands of synthesists of all kinds and serves as inspiration for the next generation of electronic musicians.

While no changes have been made to the original sound engine or audio signal path, the 2022 Minimoog Model D includes a series of popular functional modifications that expand this legendary instrument’s sonic capabilities. These modifications include a dedicated analog LFO with triangle and square waveshapes, a premium Fatar keybed with velocity and after pressure available via top panel CV jacks with onboard trimpots, MIDI integration, and a mixer feedback modification which allows the Minimoog Model D to overdrive and scream with the turn of a knob. And, for the first time in its history, the Minimoog Model D now features a spring-loaded pitch wheel with center deadband, allowing for improved playability and wild performance flourishes. This newest edition also includes updates to the MIDI functionality, allowing for improved modern studio integration.