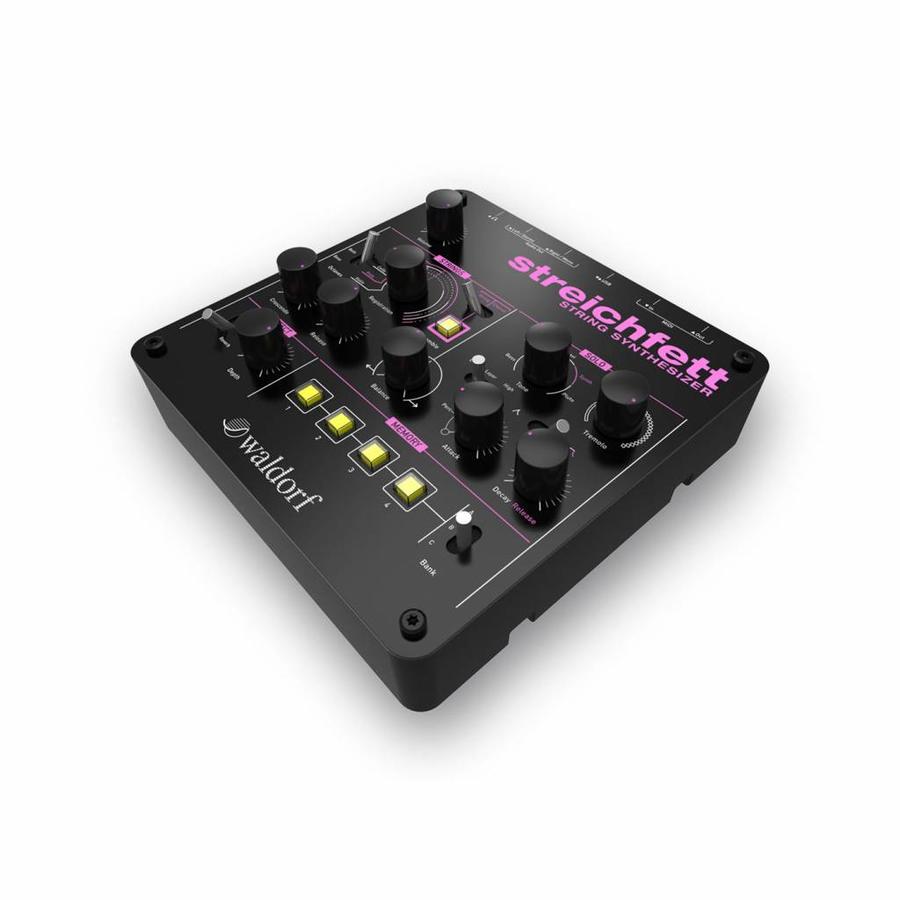 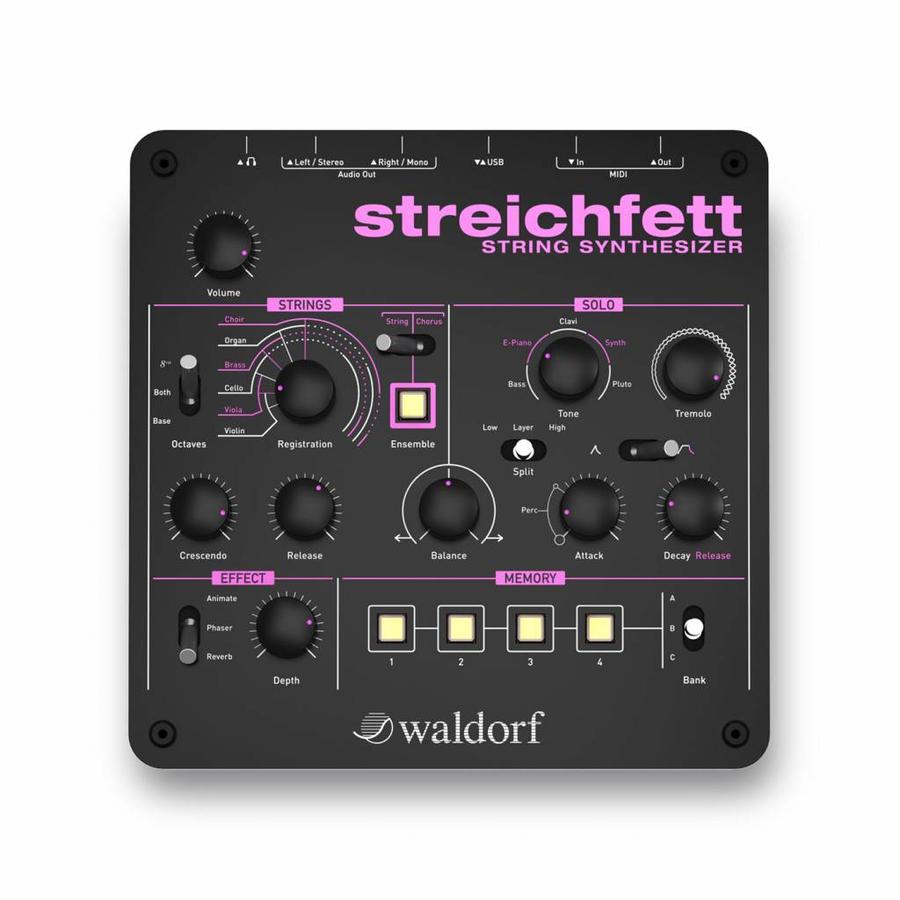 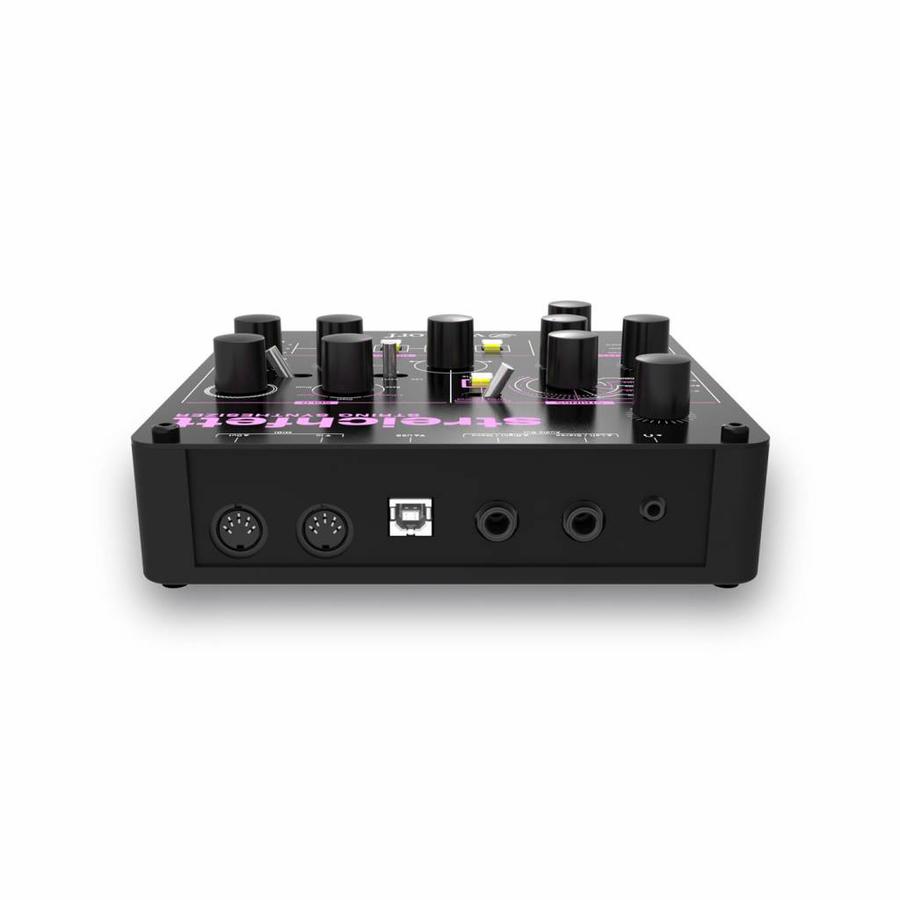 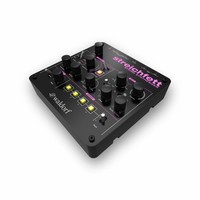 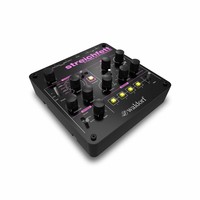 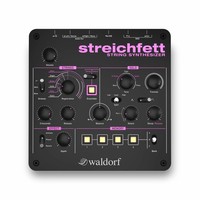 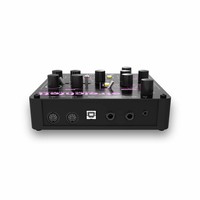 Streichfett combines the best of the previously extinct species of String Synthesizers of the 70s and early 80s. Its dual sound engine features a fully polyphonic strings section and an eight voice solo section, which is essential for recreating how adult movies sounded thirty years ago. The Ensemble Effect handles lubrication of the String Section, while the Effects section adds adjustable Phaser and Reverb. Additionally, the Animate Effect can be used to modulate the strings registration, allowing spectacular sound morphs.

The Solo Section offset presets named Bass, E-Piano or Clavi, and just like in your typical string machine, the sound has little to do with that name. Instead, these are shimmering and slightly percussive sounds that blend well with the string section.

Although the User Interface is simple and easy to comprehend, it controls a rather complex sound engine which is capable to deliver rich and creamy pads unlike any other instrument.

Twelve patches can be stored and selected in the Memory section, USB and MIDI are of course on board. 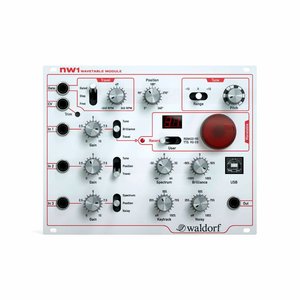 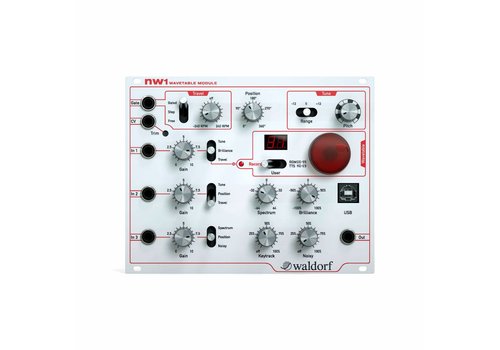 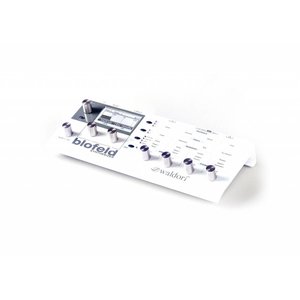 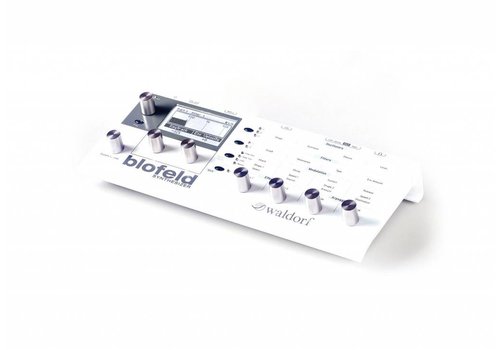 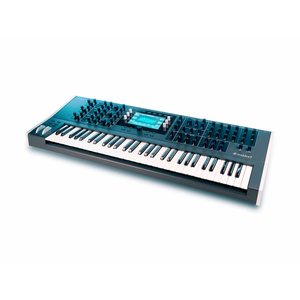 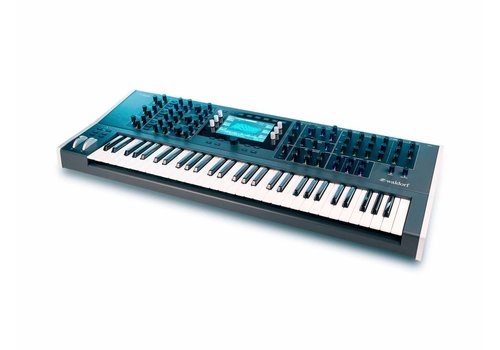 Waldorf Quantum
8-voice Hybrid Synthesizer. Quantum combines the raw power ...
3.544,63
(4.289,00 Incl. tax)
More info
By using our website, you agree to the usage of cookies to help us make this website better. Hide this message More on cookies »