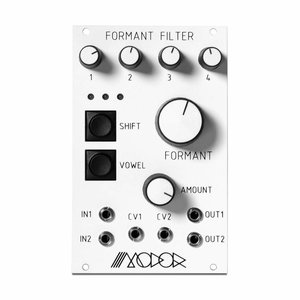 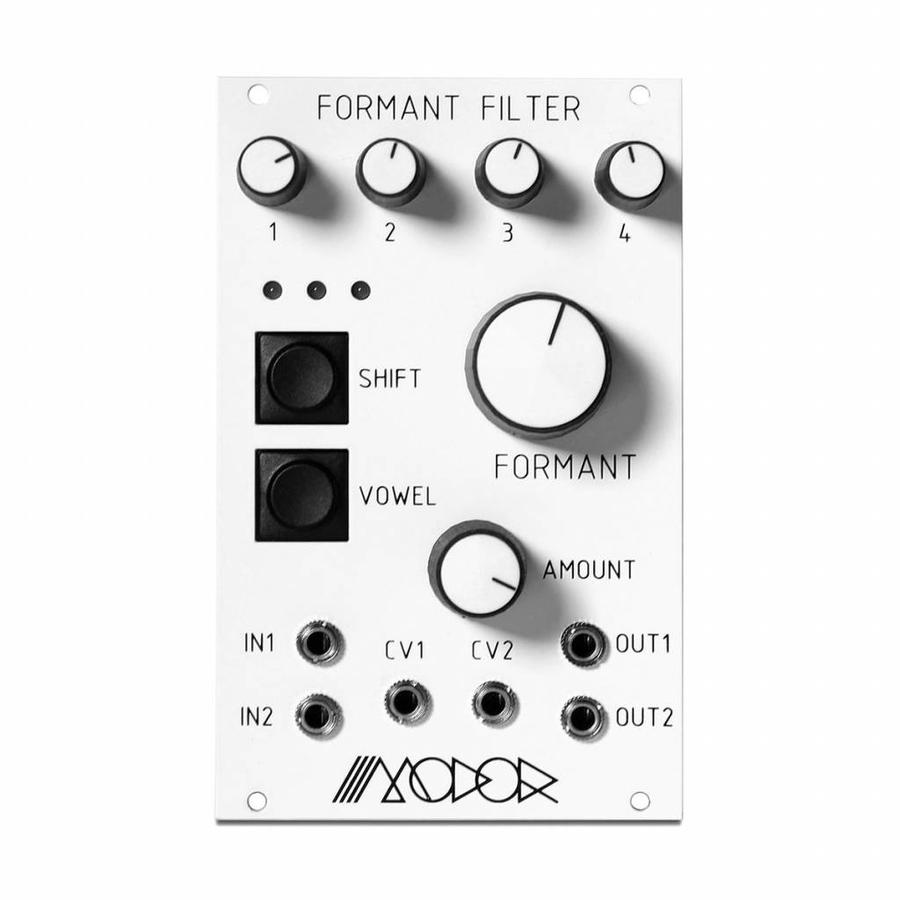 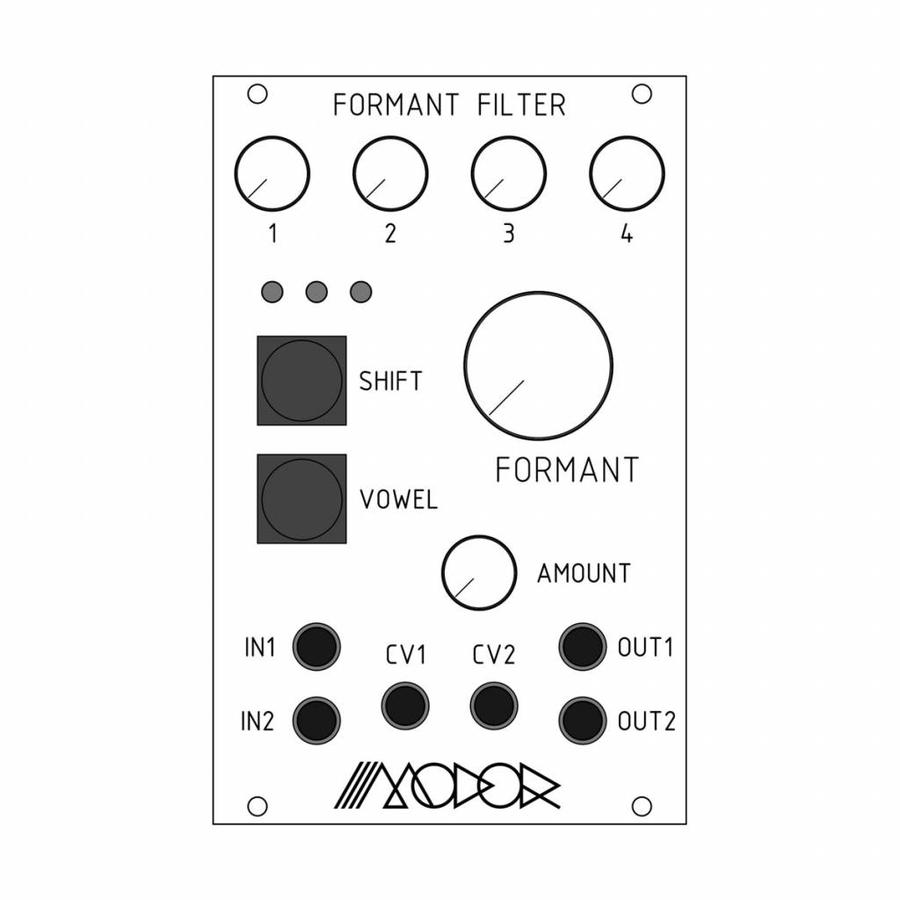 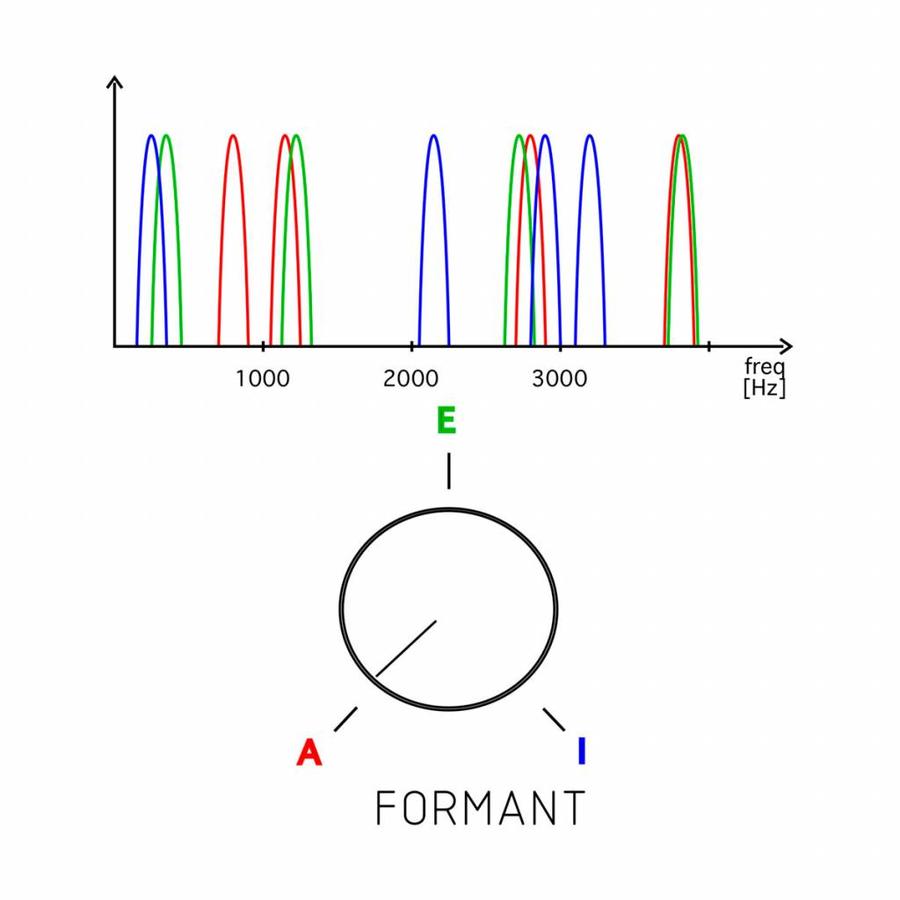 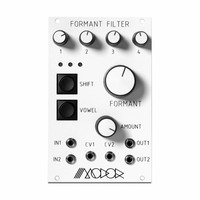 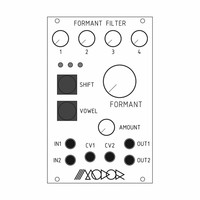 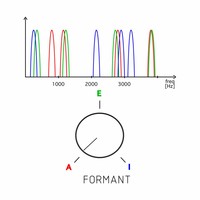 Modor's Formant Filter is a special filter that does a kind of 'vowel morphing' between three vowels. The big central FORMANT control is responsible for that, and on the Eurorack module there's of course a CV control (with attenuation) on this parameter.

It gets more interesting when you're able to 'morph' between different sets of those formant frequencies. Behind the central FORMANT control, there are 3 of those sets of frequencies. One at full left, one in the middle, and one fully right. So you can for example morph between A-E-O. Or U-I-E. Or AO-UI-EU. Or ...

That's what it does: morphing between different sets of formant frequencies, and that's why it sounds a lot more genuine vowelish than many other static bandpass combinators.

There are 10 preset vowels, that can be selected with the VOWEL button: A-E-O-I-OE-U-EI-EU-AO-U-UI. The vowels of the Dutch language... :-)

The 1-2-3-4 controls on top give you the possibility of composing your own vowels by manually adjusting the frequency bands.

The center big FORMANT control does the morphing between the three vowels, the AMOUNT control sets the amount of CV modulation for this control. The three leds above the buttons show which of the three vowels is selected for editing. That depends on the position of the FORMANT control. The VOWEL button chooses which of the 10 factory presets go into the active vowel. SHIFT+VOWEL saves all the actual settings to be reloaded when the modular system is powered off and on. The 1-2-3-4 controls select the 4 frequency bands of the active vowel. SHIFT+1-2-3 sets the presence of the first three frequencies, SHIFT+4 sets the volume of the active vowel. 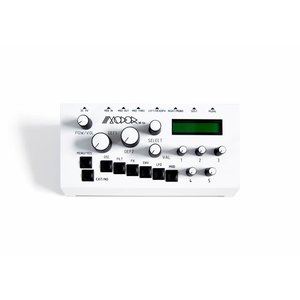 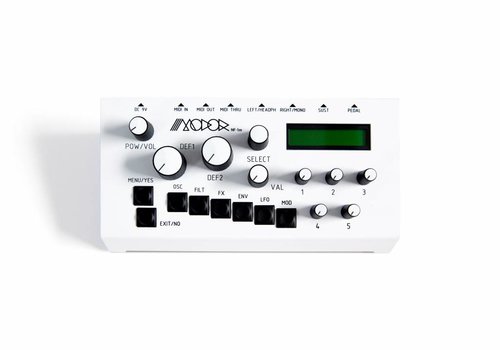 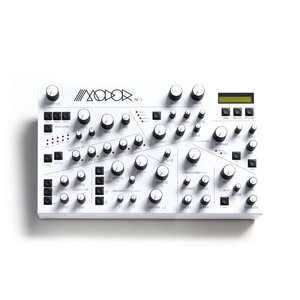 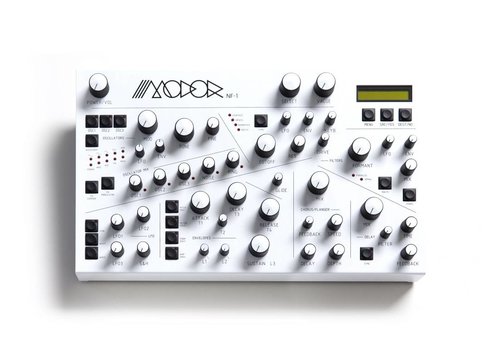 Modor NF-1
The Modor NF-1 synth is a digital DSP synth very comparable ...
1.249,00
More info
By using our website, you agree to the usage of cookies to help us make this website better. Hide this message More on cookies »