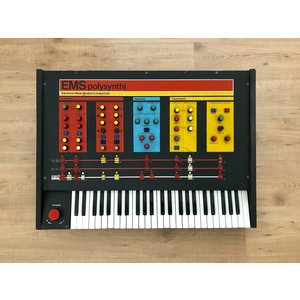 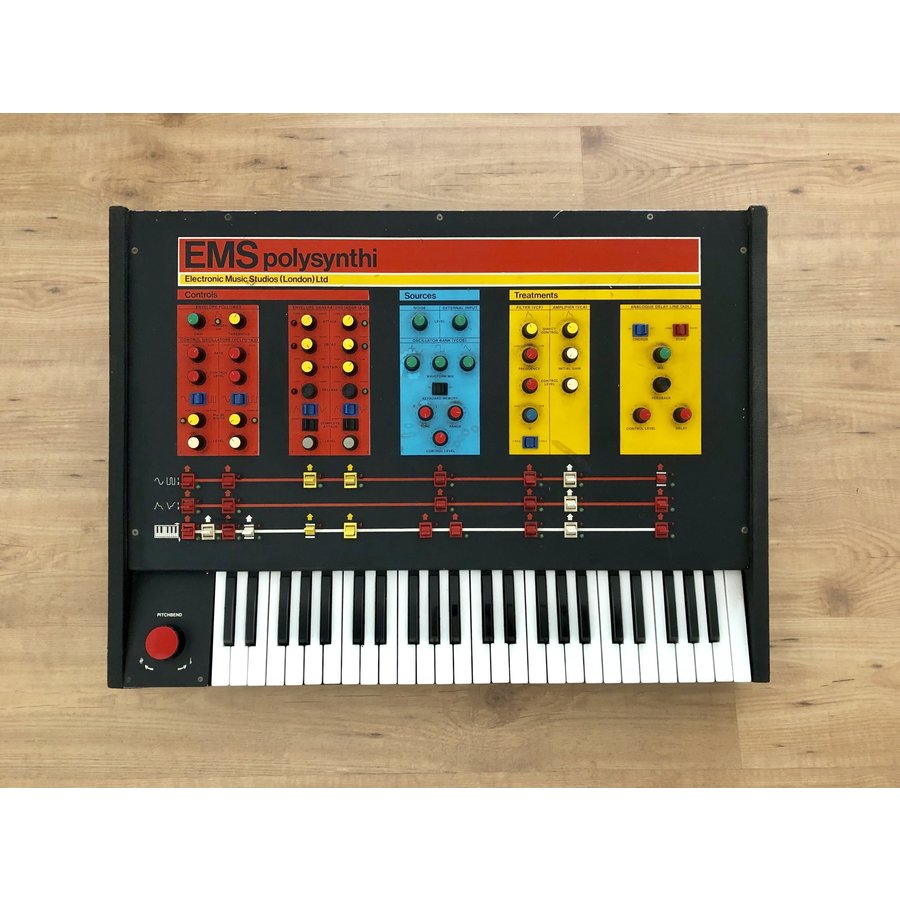 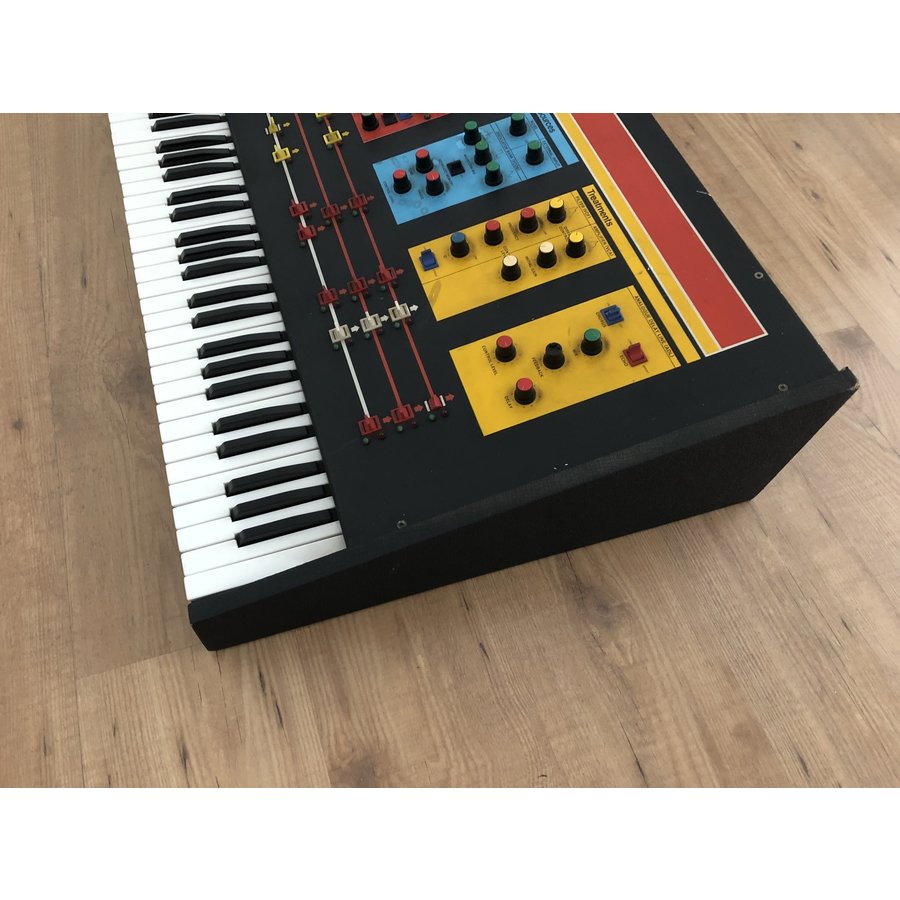 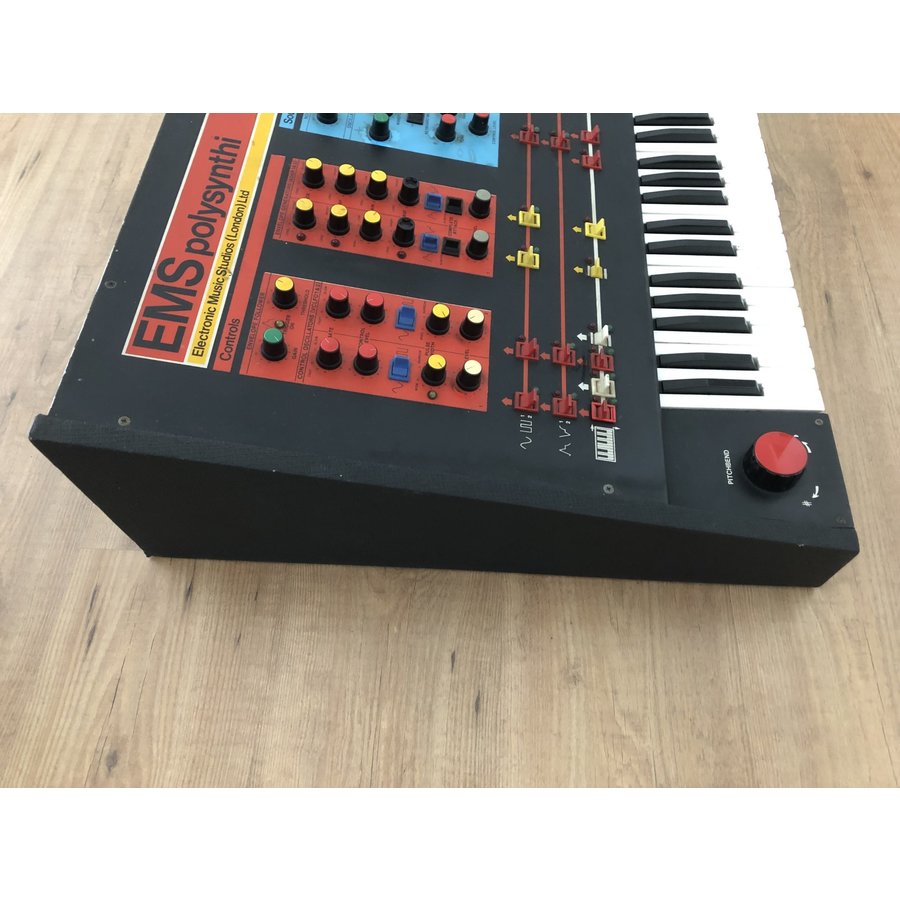 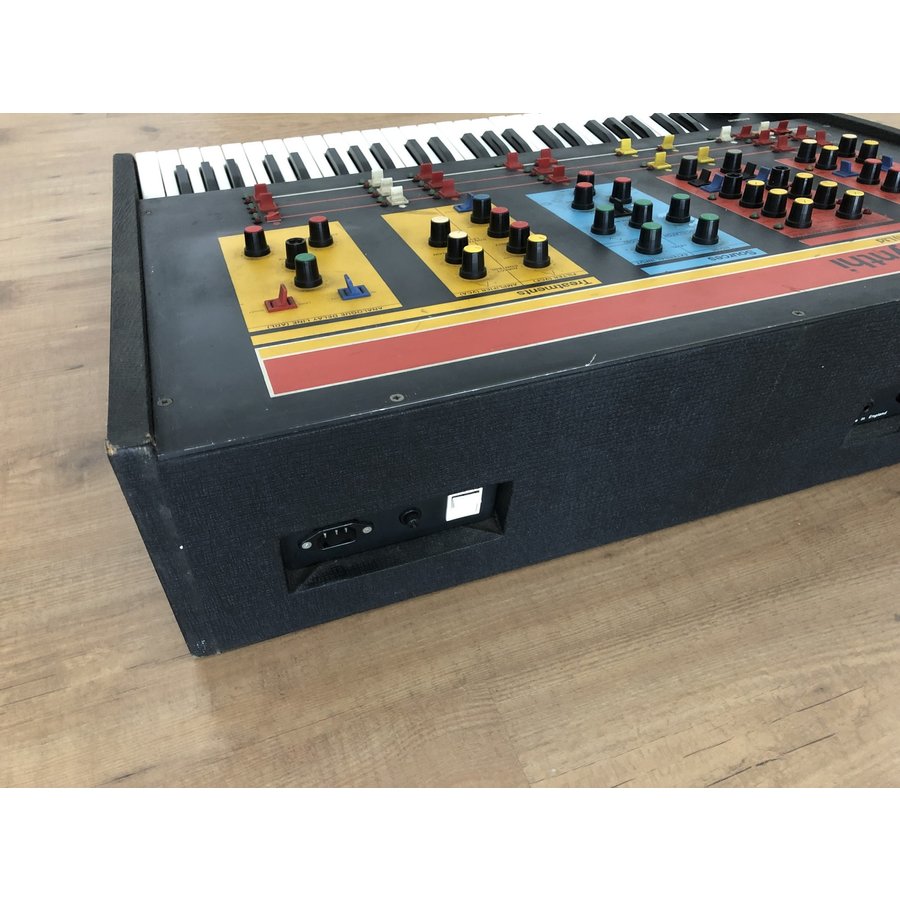 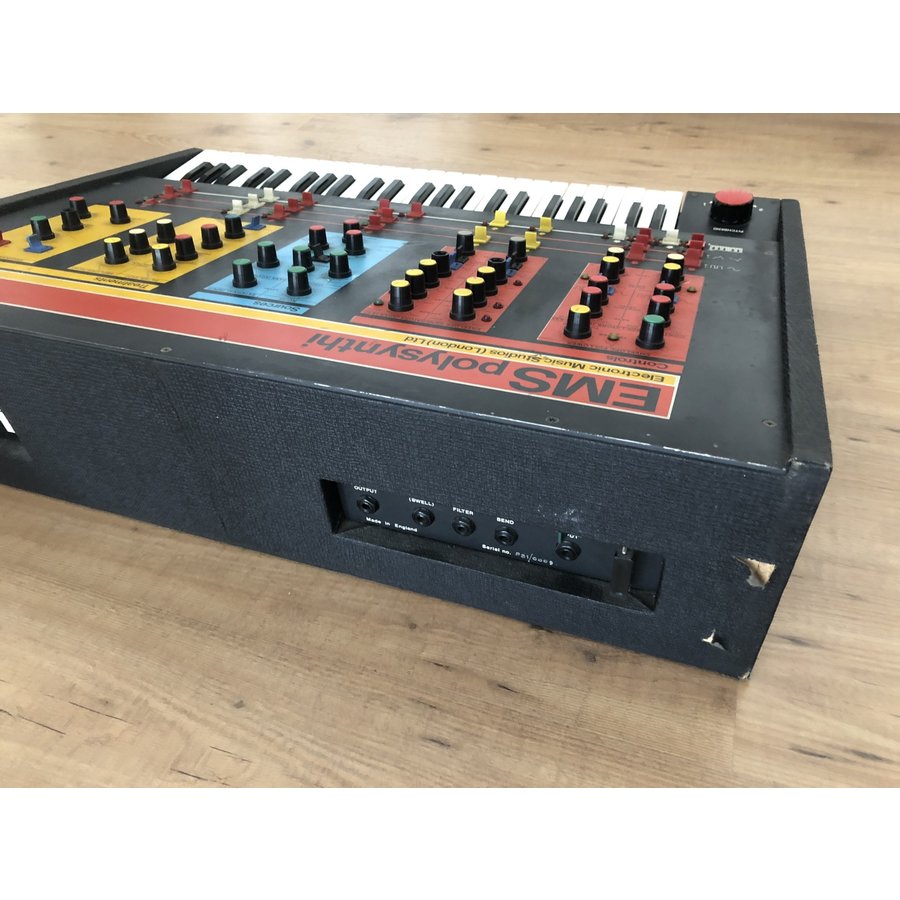 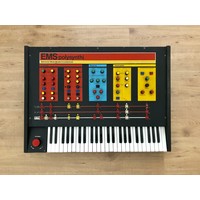 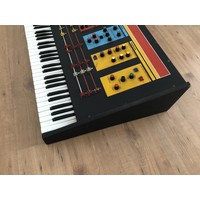 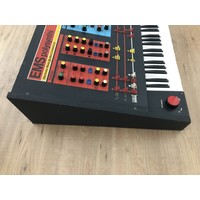 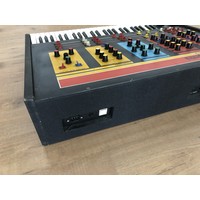 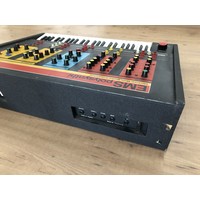 Produced around 1978 by a company that was already in financial trouble, notwithstanding the already legendary status of their instruments - used amongst the other by bands such as Tangerine Dream, The Who, Pink Floyd, Gong, Kraftwerk- the Ems Polysynthi was hardly a commercial success.  About thirty units hit the market and disappeared into oblivion except for aficionados of the EMS brand or synth historians.

Until recently, when the renewed interest for vintage synths and the availability on the Web of a few demos of this rare instrument brought it back into the spotlight.  Despite its name, it really was not a polyphonic version of the VCS3/Synthi A. It had a fully polyphonic 4 octave keyboard, controlling what EMS called a Voltage Controlled Oscillator Bank (VCOB), but only 1 VCA and one filter switchable for 2 pole (12db) or 4 pole (24db) operation was available for all the voices, therefore the instrument was really 'para-phonic,' like some of its contemporaries such as the Korg Delta. However, the Polysynthi had a few cool tricks up its sleeve that make it stand out.  To begin with, it had two voltage controlled LFO's (VCLFO) with sine and variable pulse waveforms which could modulate each other or be frequency modulated by either of the 2 ADSR's.  Furthermore, they could trigger the ADSR's allowing the performer to disconnect the keyboard from VCA duties to use it to control other parameters such as the filter or the delay time of the voltage controlled analog delay line.  The VC "analog delay line" was perhaps the most novel feature of the Polysynthi.  One switch selected between the short delay mode (for effects such as chorus or flanging or reverb) and the long delay mode, for echoes up to 1 second.  Since the delay time could be controlled by the keyboard voltage and by the VCLFO, a large range of time-based FX was easily created.  The EMS Polysynthi sound sources were two VCO's (or Voltage Controlled Oscillator Bank, 49 notes polyphony) producing triangle, square and pulse waveforms which could be independently mixed, a noise generator and external input (switchable between line and mic) with envelope follower.   Its 4 octaves pressure sensitive keyboard, besides pitch information supplied a pressure-dependent control voltage and a position dependent control voltage.  The back panel supplied control voltage inputs for filter, pitch bend and VCA (swell) and the "sequencer option" connection.  The latter was for connection to the planned optional polyphonic sequencer, which never evolved past the prototype stage.  Coming at the end of the era of the 'classical' analog synths, it was hard for the EMS Polysynthi to leave a mark in synth history. Its features, namely being para-phonic, made it impossible to compare with other great poly synths available at the time such as Roland Juno 6, Oberheim OB X, Sequential Prophet 5.  It was perhaps meant more as a live performance special fx machine (in this perhaps a true descendant of the VCS3), but its control panel ergonomics, based on "switch busses" were not as easily grasped by musicians, and the delay line -however ingenious- could not compete in sound quality with the then popular great tape echoes, with the result that the overall sound of the Polysynthi was more roughened  than enhanced by it.  Overall this huge and colorful instrument suffered most of the change in musical aesthetics brought by the incipient 80's.  A similar change in musical aesthetics makes this rare beast a sought after sound maker.