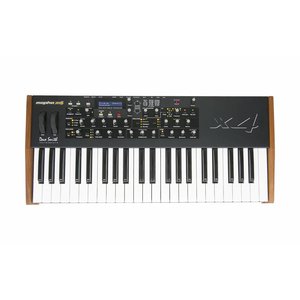 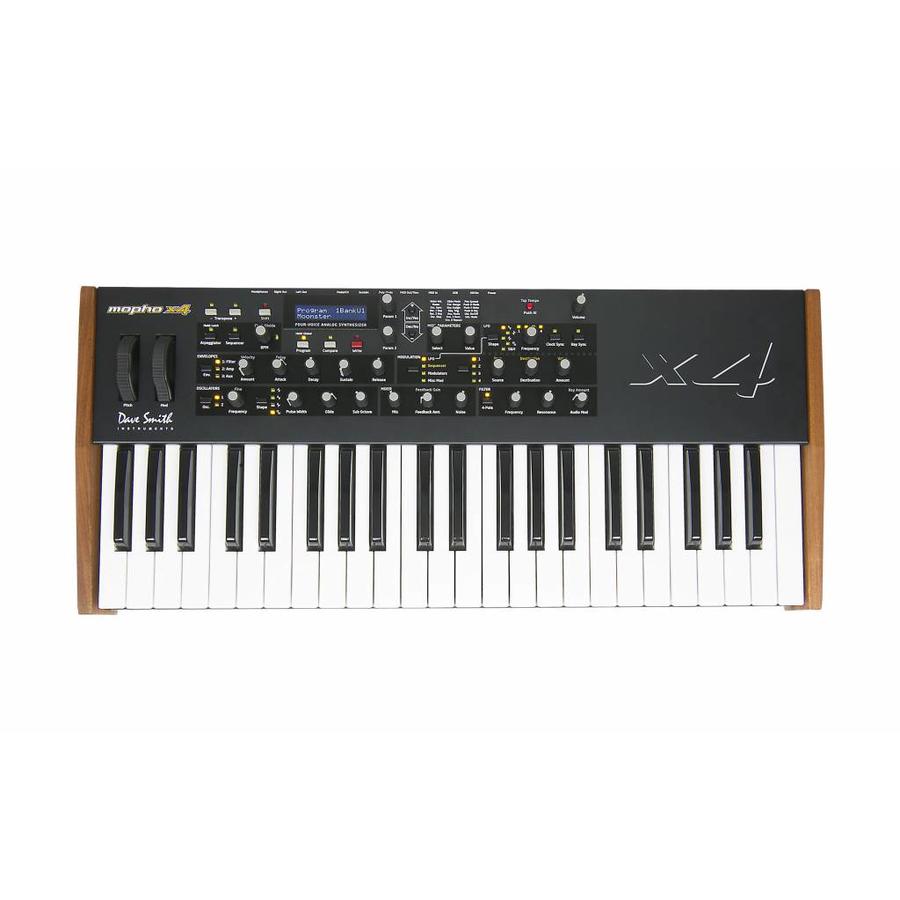 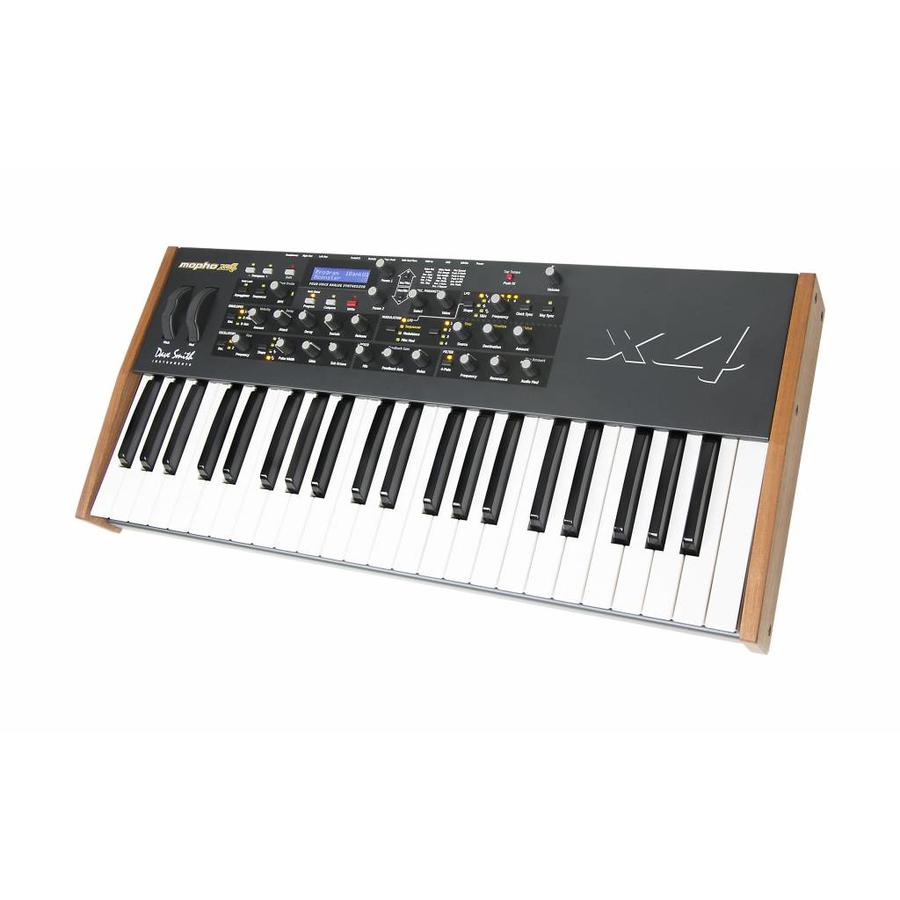 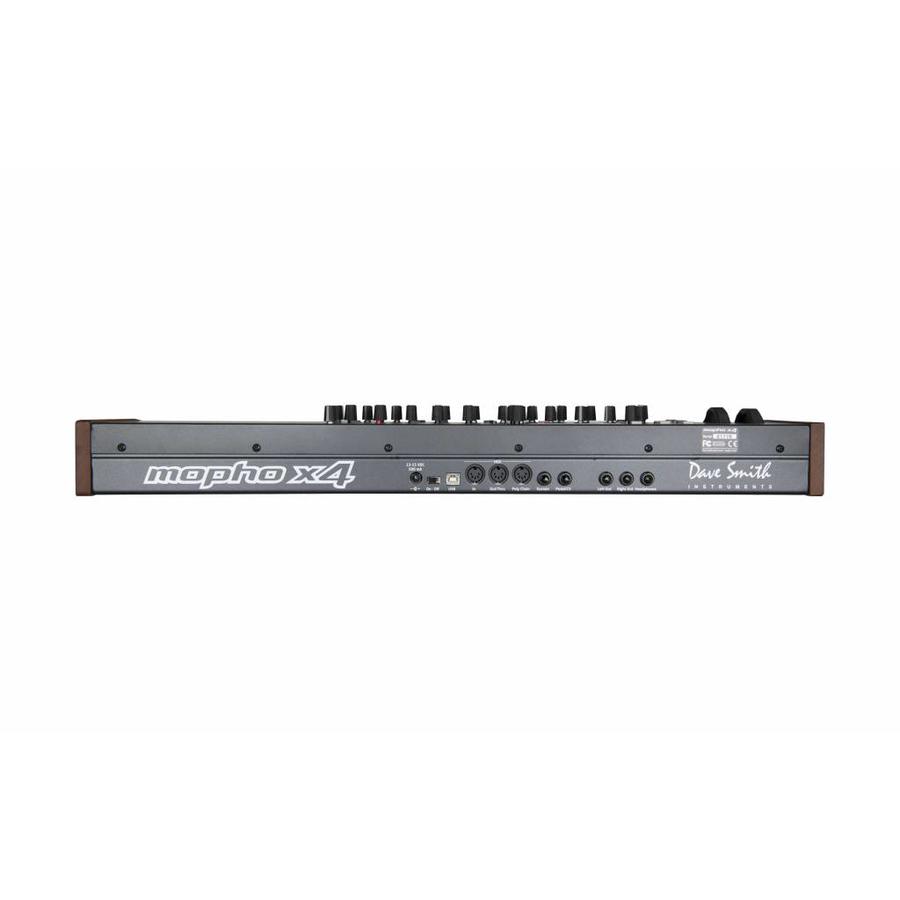 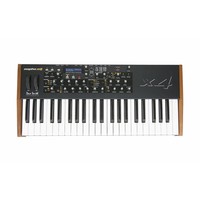 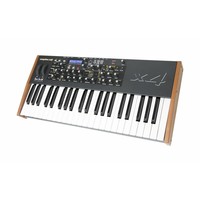 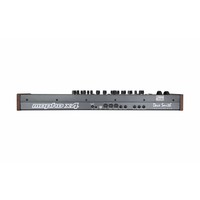 The Mopho x4 builds upon the same award winning voice architecture of the Mopho and Mopho Keyboard, the Mopho x4 boasts huge sound and 4 voice polyphony in an ideally sized, portable, and elegantly designed package. Use it to create huge unison basses, creamy leads, percolating sequences, and ethereal pads.

FM the filter to create metallic bell-like sounds and use the feedback path to add subtle or destructive harmonic content to your sound. Mopho x4’s 100% analog signal path is powerful, monstrous, and sonically dynamic!

Work Less, Play More — Mopho x4 is intuitive and inviting. Every parameter is fully programmable and editable from the front panel. The controls are logically laid out, lending themselves to quick access so you can tweak knobs without missing a beat.

It Grows with You — Expand Mopho x4’s polyphony using it’s Poly Chain port. Mopho, Tetra, and Prophet ’08 can all be connected to the x4 to increase its voice count. You can Poly Chain up to three Tetras with Mopho x4 to create a 16 voice analog super synth!

The Mopho x4! — Dave Smith Instruments is the only company pioneering and producing fully programmable polyphonic analog synthesizers. In fact Dave’s been at it for 35 years!

Designed and manufactured in San Francisco, Mopho x4 has the high quality sound and build for which DSI is renowned. From its feature packed analog voices and unmatched sonic versatility to its refined design and engaging interface, you won’t find a polyphonic analog synthesizer like this anywhere else. 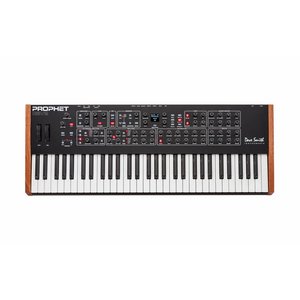 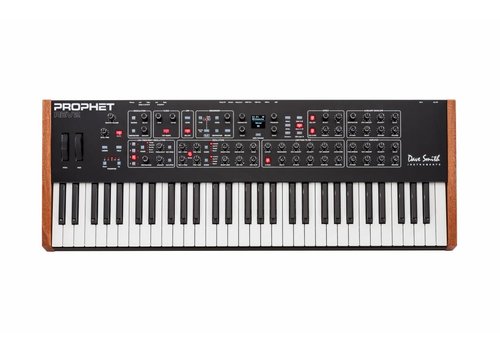 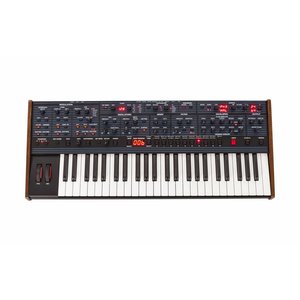 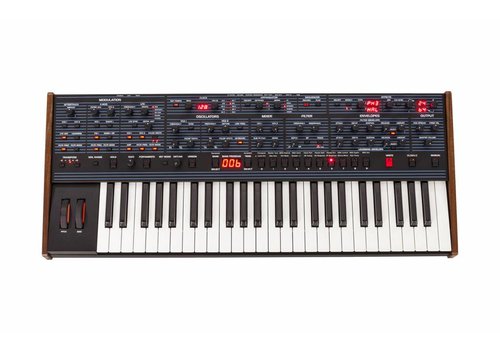 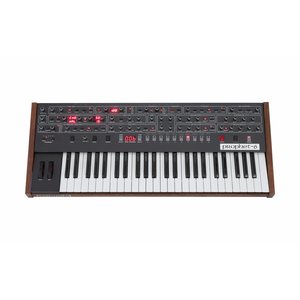 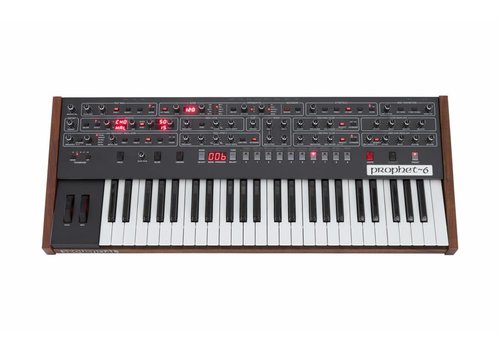 Dave Smith Instruments Sequential Prophet 6
6-Voice Polyphonic Analog Synthesizer.
More info
By using our website, you agree to the usage of cookies to help us make this website better. Hide this message More on cookies »