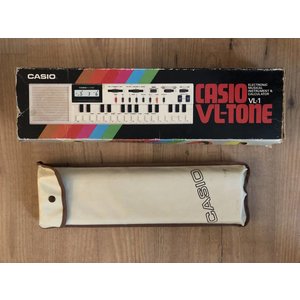 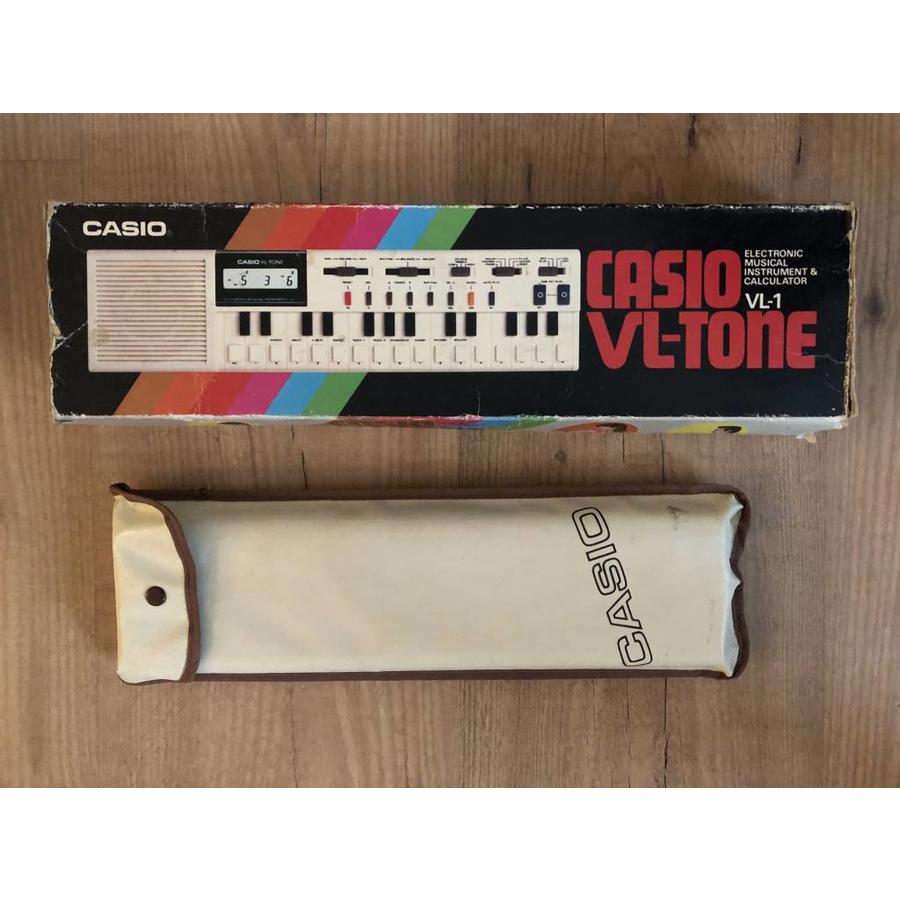 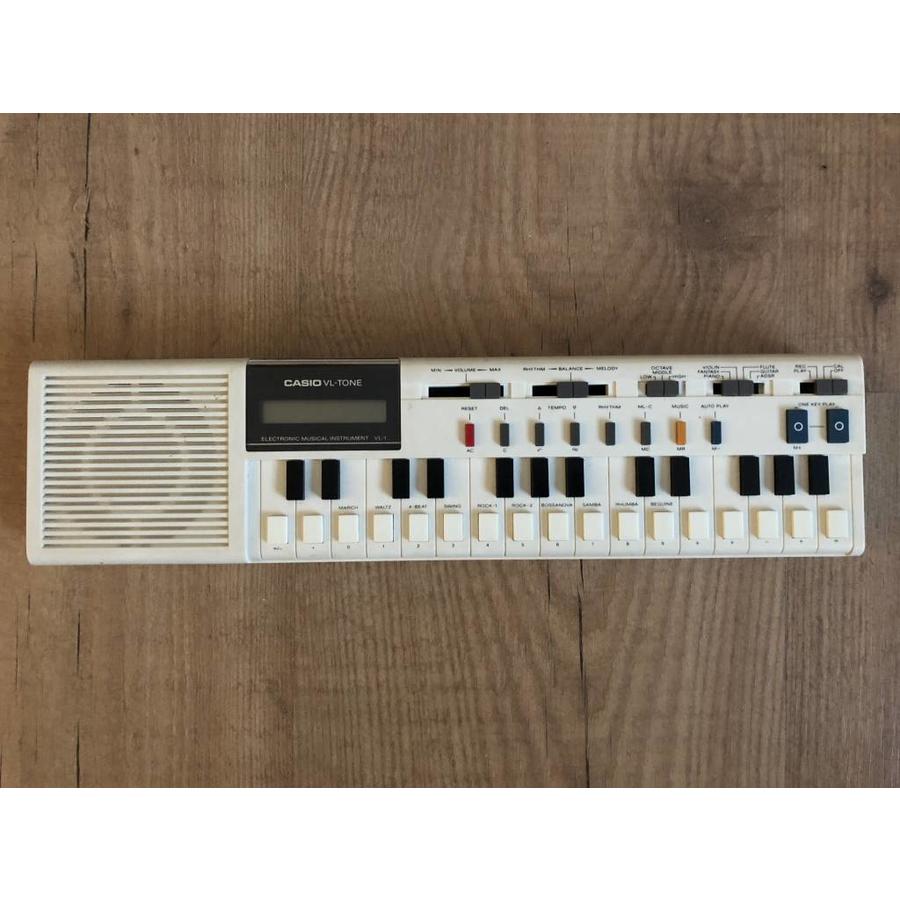 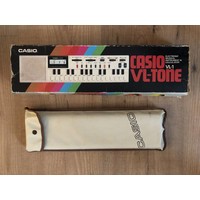 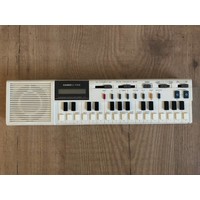 This seemingly worthless synth/calculator hybrid weighing in at under a pound has somehow found fame and fortune despite looking like a kid's toy. Its ultra cheesy sounds have been discovered and immortalized in the hit songs of such artists as Trio for "Da Da Da" and White Town. The Casio VL-1 or VL-Tone as it's also called has 29 little calculator-type button keys, five preset and one user memory patches, built-in rhythm machine (waltz, swing, rock, samba, etc.) and a 100-note sequencer. There is no chance at any external or MIDI control and there are no filters or effects. There is an LFO with vibrato and tremolo effects and an ADSR envelope.

The tinny monophonic blips and beeps that come out of the VL-1 provide a childishly funny accent to your music, if you're into that sort of thing. The VL-1 is analog, it's tiny, it has a built-in speaker and a useless built-in calculator. The synth itself is quite small, light-weight and portable when running on batteries. The keys are unreliable and cheap soft buttons with absolutely no natural feel, response, aftertouch or velocity. The VL-1 was succeeded by the VL-10 (same spec, smaller case) and VL-5 (4-note polyphonic version with a useless bar-code reader). Strangely, the simple cheesy sounds of the VL-Tone have been used by Apollo 440, Devo, the Talking Heads, the Cars, Dee-Lite, Sting, Stevie Wonder, Vince Clarke, Beastie Boys, The Human League, Trio, White Town, and Bill Nelson.